My belief in you is muddled as I don’t know if you exist as most religions believe, or, what people think of as you is something else. But days like today, I want to believe in you so I can be angry with you.

Why God, did our beloved Mabel—one of Your cherished creatures who show us humans what true love is—have to get sick and be put down? What good did it do for her to die after only three years with us when she loved life and us so much?

Sure, she had her issues; barking at people and especially other dogs walking by and couldn’t be quieted unless forced to the back of the house. Her dislike of her kind except for her house sister, Piper. And her resistance to being picked up. Those things weren’t Mabel’s fault. Whoever had her before we were gifted with her company made her that way.

But being the biggest cuddler made up for those drawbacks. All of Your dogs that have lived with us liked to cuddle, but Mabel took it to extremes. If we sat on the couch or in the recliner, she demanded to be lying beside us. She would dance in front of us tapping her feet while backing up several steps before making the leap into our lap. If You were going to put her in our lives for such a short time, why make her so loveable, wanting to be wherever we were? On walks she pulled her leash taunt eager to explore where we were going. And just a few months of being with us she began licking us while being petted, or nudging our hand when we stopped petting, showing us she appreciated being our dog. She also learned that one quick bark signaled she needed to be let out or it was time to eat.

Some believe You are like a puppeteer, manipulating what happens to us. Others, myself included, usually, believe you sit back and don’t interfere, letting our freewill take us where we may, controlling what we experience. If I truly believe that, I can’t be blaming you for creating the cancer that caused Mabel’s death. It’s been documented that spaying dogs late in their life can cause it. Who I should be blaming is us humans for creating that awful disease. It’s one thing to create something that kills off so many of our own. It’s downright awful that it also causes the death of our faithful companions who had nothing to do with its creation. Maybe her previous masters smoked and she breathed their second hand smoke. Or that smoke gave her emphysema as a diagnosis of cancer couldn’t be confirmed. But she labored to breathe and ending her misery was the humane thing to do.

We humans have the fallback position of needing someone to blame when things don’t go as we want. Since I don’t have someone I can say caused Mabel’s early death, I lower myself into the group that points the finger at you for everything bad that happens. I doubt this was your fault, but my misery needs to criticize someone for taking Mabel so soon.

Why, God, put dogs in our lives who constantly shows us how to love without conditions, yet you give them a short life span? Shouldn’t it be the other way around? Since they are so faithful, loyal, and teach us humans so much, why do you rob us of them so soon? If we had more time with them might we become better at not worrying about what we have no control over? Or not be prejudiced? Or work so hard to collect things which we eventually discard? Or blame others for our own shortcomings?

I know many would roll their eyes at my pain as Mabel was, “only a dog.” Those who think that way have never been loved by one. There are also thousands dying everyday from this awful pandemic. They would judge their angony more severe than mine. Yet their families too probably question why their loved one was taken from them the way I’m questioning Mabel’s death. They too must blame you, feeling you had the power to prevent their death.

Which reminds me of the question I’ve had throughout my life. Why do the good ones have to die early? The world is full of people it seems we would be better off without. A lot of them are in positions of portraying themselves as working for the people but are only working to gain or remain in power. There are also those so selfish they don’t give a damn about preventing this pandemic and could care less that their actions are causing the sickness and death of others. Why couldn’t a few of them pass away today and spare Mabel and the others of her kind who are with you now?

Some say we should never question your actions. But I’m asking again, why Mabel? Why couldn’t she have had a few more years with us?

I realize there are lessons to be learned from Mabel’s death. Love like there is no tomorrow. Appreciate every moment. Cherish the love someone freely gives without any conditions. Be grateful we gave Mabel three great years after what we suspect were rough ones before us.

I know these things subliminally. Since I’ve experienced this misery five times already I know eventually it’ll pass. Soon I’ll remember Mabel for the joy she gave us. But today, needing someone to blame I question why you can be so unfair.

P.S. If Mabel is standing before you, tapping her feet eager to jump into your lap, please accept her and hug her for us. Trust me, Lord, you won’t regret it.

2 thoughts on “Letter to God” 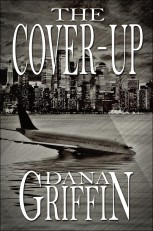